After several years doing standard historical research, my work evolved into something unique and very straightforward: I turn historical resources into data and I map it. My first such effort was the

Because I was gathering so much data that was screaming to be mapped, I learned GIS. The Permits Database thereby evolved into

I deal mostly with the built environment, but thought that the application of GIS would enlighten on another aspect of the city’s history, so I co-founded

Along the way, the DC Historic Preservation Office wanted me to do some other

And now I’ve turned my attention to the founding of the city and its life and development in the 19th Century. I call this new endeavor 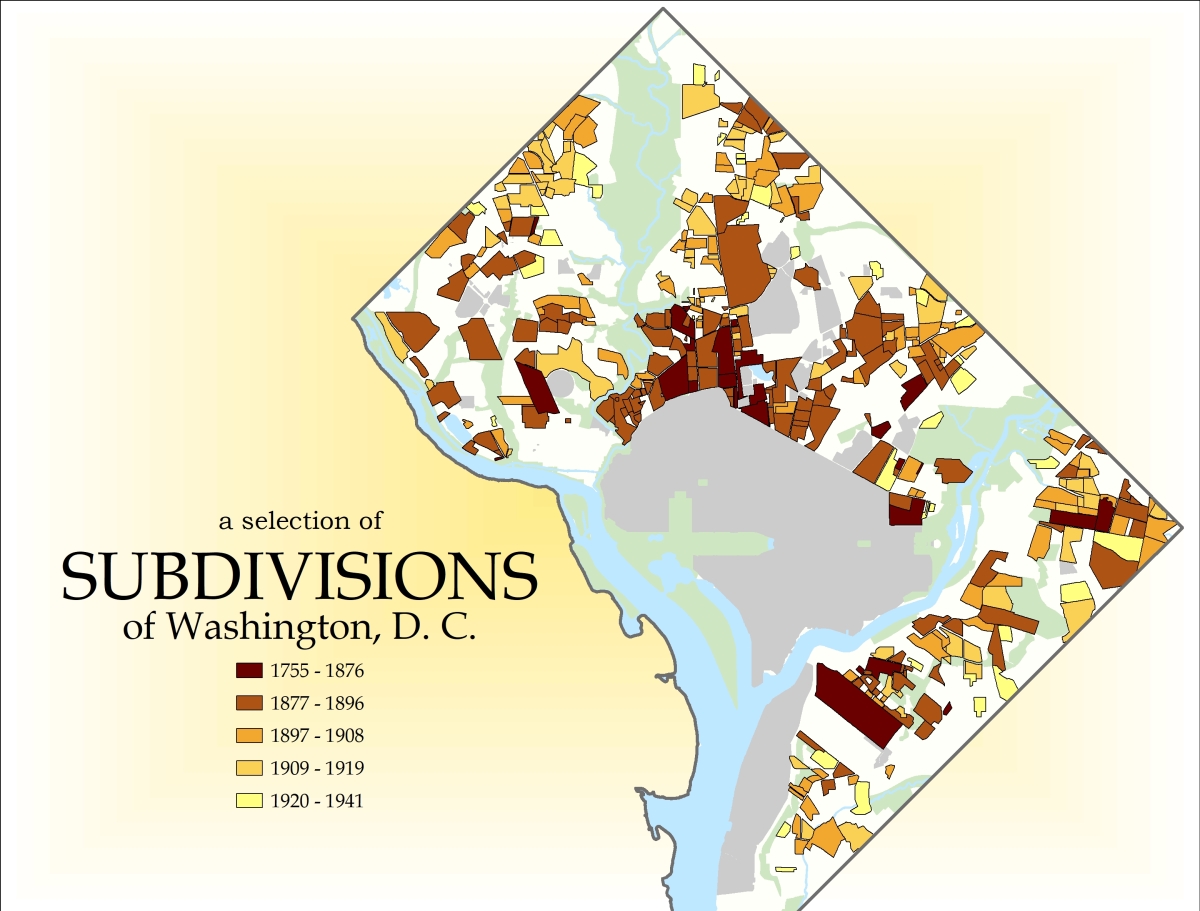 These subdivisions are available as a layer on HistoryQuestDC.